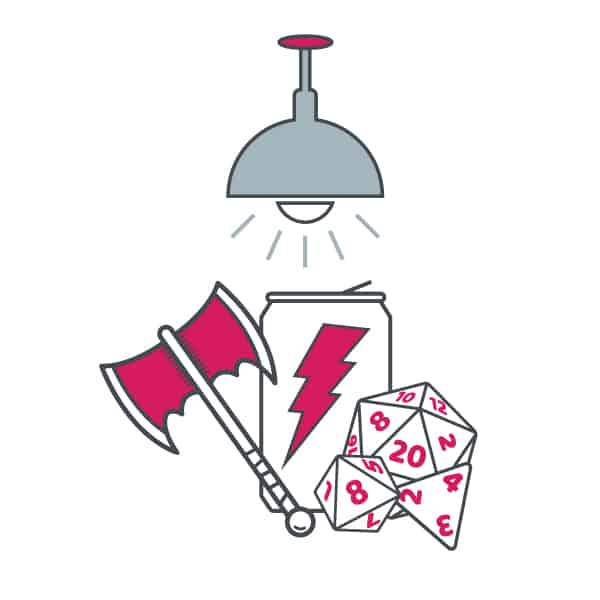 Just like a person, a business’s brand identity is the sum total of every outward facing expression it makes to its audience. This includes its actions, its stated mission and values, and the graphical collateral it creates when advertising and marketing itself.

The business’s choice of logomark communicates volumes about what the company does and what it believes in. Same for its color palette, photography and imagery, iconography and typography. All of these communicate information about the brand on their own and taken all together.

In this article, we’re focusing on the last item on the list, a business’s choice of typography. It’s amazing that something as subtle as the shape of letters can convey so much information about a company, but graphic designers and branding experts everywhere understand how important typographical decisions are to a brand’s identity. The right typography can mean the difference between a brand that confidently communicates exactly what it is, and an awkward brand that nobody understands, that ends up sitting home every Friday night playing Dungeons and Dragons and spilling Jolt Cola on its shirt.

Elements of Typography That Convey Meaning

There are a number of font features with their own associations. Each of these communicates singularly as well as in concert, so in order to understand what your typography is saying about you, it’s important to understand the psychology behind each one. These factors are:

So what do they all say?

There are six main font categories under which every font that exists can be classified. Each one is loaded with associations that are read by viewers to mean various things. These associations are cultural, not individual, which means that generally, every member of a given culture will have similar, predictable reactions to them.

You can recognize a serif font by the small filigree detail that’s added to the end of each letter stroke. Serif fonts are the original typeface style, so the category is at least as old as the printing press and likely older. Think Johannes Gutenberg, not Steve Guttenberg when considering the meaning expressed by serif fonts.

Because of their ancient provenance, serif fonts tend to convey class, tradition, respectability, and professionalism. They’re often used by banks and other financial companies, academic institutions, newspapers, and other businesses that want to communicate honesty, propriety, and a sense of tradition. Think Tiffany & Co., The New York Times, and Time Magazine.

While slab serif fonts are technically a sub-classification of serif fonts, their blocky designs and bare serifs, free of ornamentation, communicate very different meanings from the rest of the serif fonts, so we consider them a separate category.

Slab serif fonts feature bold, chunky letterforms with large serifs, and are often employed by technology companies, automakers, and others in the manufacturing space because of the category’s associations with audaciousness, fearlessness, solidity, confidence and integrity. Think Sony and Honda.

Sans serif literally means, ‘without serif’, and that’s the main feature of a sans serif font. Letter strokes have no filagree details at all. These are clean, practical fonts, without unnecessary ornamentation. As a result, they tend to express sincerity, straightforwardness, and a no-nonsense attitude.

They’re often used by companies hoping to be thought of as modern and forward-looking, like software companies, or companies that need associations with purity and freshness, like food and beverage brands. Think Avian, Microsoft, and Pinterest.

Pro Tip! This still is best suited in digital and on-screen applications for increased legibility.

Very often script fonts are employed by creative companies and by luxury brands or brands attempting to convince consumers their products are premium in some way. Think Cadillac, Cadbury, and The Walt Disney Company.

Modern fonts tend to display more variability in shape and form than both traditional serif and sans serif fonts. They can contain both thick and thin transitions within the same font and are generally more inventive than their tamer, more sedate cousins. As a result, modern fonts are associated with intelligence, innovation, individuality, and a singular vision.

Display fonts is something of a grab bag category, containing font oddities that don’t fit any other category. Examples of display fonts might include horror fonts, fonts that resemble the letters on children’s blocks, or a font with letters that are built balloon-animal style. As a result, display fonts aren’t often found in business typography, as they frequently feel like parodies.

There is one commercial category that uses these font oddities on a regular basis, however. Display fonts adorn the logo of every death metal band that has ever existed. So think Cannibal Corpse, Morbid Angel, Hail of Bullets, and Suffocation.

As an aside, we suspect this is the first time Cannibal Corpse has been mentioned in a professional branding blog article. Costello Creative Group is breaking new ground, as usual.

Oh, right! We were going through a list of font features that influence the meaning of a given bit of typography. Font category is certainly the most dominant feature, but other factors can influence the associations viewers will make.

Tracking, the technical term for the overall spacing between letters, can have an outsized impact on typographical meaning. Typography with letters that are packed tightly together conveys connectivity, punctuality, strictness, and discipline. Looser tracking with more white space between letters communicates coolness, luxury, and elegance.

Putting It All Together

No single typographical element tells the whole story. Viewers read every element together, and their brains attempt to fuse the various meaning into a single, cohesive narrative. So if your brand typography uses complementary features that reinforce each other, your typography will do a great job conveying the message you hope it does. However, if your choices are in conflict, the meaning you’re trying to convey may not read.

Not to say that conflict is always a bad thing. This is where the art of typography blossoms. It’s possible to create a typographical treatment that pulls associations of modernity and innovation from the chosen font category, strength and dependability from the letter weight and elegance from a looser tracking and fuse them all into a consistent message that reads perfectly. That’s the mark a true typographical expert.

If your business is having trouble establishing its brand identity, we can help. Our typographical wizards can twist and transmogrify text to express exactly what your brand requires to differentiate itself in the marketplace. Give us a call and let us craft typography that’s uniquely you. And if we get to dig into our collection of screwball display fonts we’ll be best friends forever.

Let's talk type and other ways to make your brand look polished!

Our Founder/CEO was named ‘Jersey’s Best Marketing & Communications Professional Under 40’ by NJ Ad Club? We thought it was worth a mention.

Opt-in to receive industry news, marketing, design & communication tips, tools, and resources. We’ll also share case studies that demonstrate how we’ve helped clients elevate their brands and sell their products, services, and technologies. We promise we won’t share your address with anyone. At all. Ever.

With awards from the following organizations:

DURING THIS TIME OF CRISIS WE’VE GOT YOUR BACK. WE’RE CURRENTLY OPERATING UNDER NORMAL BUSINESS HOURS OF 9am–5pm EST.
CONTACT US AT 609-365-1910 OR BY EMAILING SUPPORT AT support@costellocreativegroup.com.